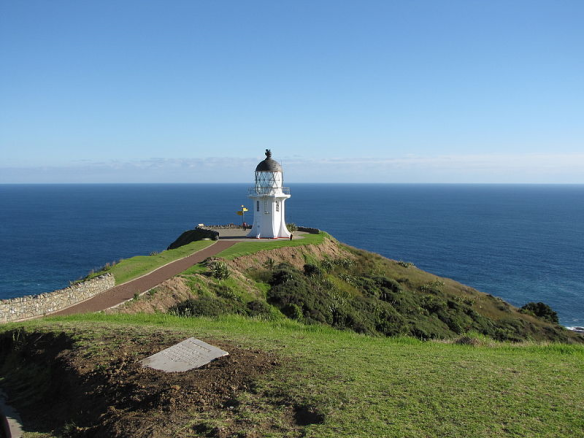 Cape Reinga the northern-most tip of New Zealand, where the spirits of Maori depart on their final journeys. Photo by Gadfium.

The first time I met the young ladies I had been cross-covering at the hospital, and was taken to see each of them as they both had severe pain and discomfort. They came from completely different backgrounds, had lived completely different lives but somehow ended up on the same journey.

About a week or so later they had both been admitted into our inpatient unit for pain control. Adjustments were made and they became more comfortable, but a few days later pain had returned again, as well as other problems. We had to aim at constantly moving targets, and so it would be over the next three months of their individual roller-coaster rides.

The similarities were startling; the same diagnosis, the same poor response to treatment, and in the end the same prognosis. What was completely different was their individual experiences of the same outcome.

This was due to stark differences in their psychosocial/spiritual backgrounds.

One of them had been raised by loving parents and siblings, while the other had been adopted out as a baby and had a very difficult childhood.

They both worked very hard at their jobs, and made many friends. Both of them experienced great joy and happiness in their South Auckland lives.

One of them stayed at home and belonged to a large extended family with many people that she loved and who loved her. The other finally found the love of her life, and the family that she had always wanted, very far away from her original home.

One would be blessed by more children, the other tried very hard but was not so fortunate.

The same illness struck and their fights for life began. Many uncomfortable tests with many painful needles. Two previously healthy ladies had to adjust to having to take many medications and different treatments. Both were well-supported by their individual families, but their illnesses took their tolls.

Accumulated disappointments affected both of them as their aggressive diseases ravaged their bodies, but they both wanted to fight on.

On one fateful day early last year their pathways would diverge forever.

Painful invasive procedures were performed on them both to save failing organs. One of them wanted to try whatever treatments that potentially could make her well, the other wanted to join her lost partner, as life without him was plain hell.

One of them fulfilled a dream with the sound of a wedding bell, while the other one prepared her friends and family to say farewell.

As things worsened one of their families could never accept the inevitable, while the other family gave their full support which would be unforgettable.

One of them didn’t want to die, as she had too much to live for, too many people who still needed her. The other didn’t want to live, her reason to live had been cruelly taken away, she no longer needed the world.

Over the past three months they had both been on our ward for many days and nights. I’m not sure if they actually ever met.

They died within a week of each other, the two ladies that we had gotten to know so well.

We, who had the privilege of looking after them, will miss them both.