Delirium is a common, distressing complication of life-limiting illness, yet poorly understood, often misdiagnosed and poorly managed. The Australian Commission on Safety and Quality in Health Care (ACSQHC) recently launched its Delirium Clinical Care Standard. I was fortunate to attend the official launch event on 15th July 2016 – the stand-out of which was the powerful story of Michael, as told by his wife Joan Jackman, who was Community Representative on the Delirium Clinical Care Standard Working Group.

She has kindly allowed me to reproduce her speech here and I hope it will spark discussion about delirium, what we can learn from Michael and Joan’s experience, and how we can do better. 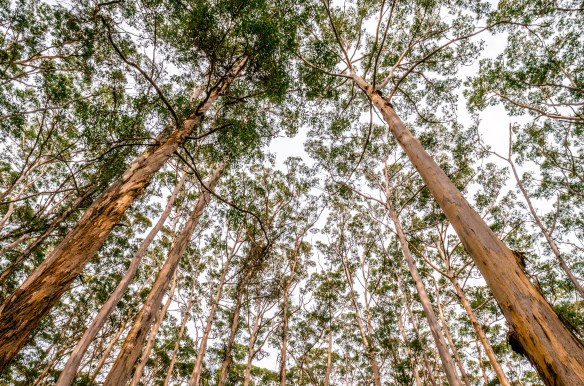 ‘Every medical condition is about a person with an individual history, friends and family, and a personal story. The person in the centre of this story is my husband Michael – a healthy, fit, intelligent man – who had been a fitness trainer in the British Air Force before becoming a British-trained Remedial Gymnast in Rehabilitation, for people with a disability. He was an elite sportsman, with a love of life, and also for his family.

Around the age of fifty-nine or sixty, Michael began to experience changes, utmost being that he became increasingly disengaged –with us, and with life! Something was wrong! We sought help.  After three misdiagnoses and six years, Michael was finally diagnosed with a Younger Onset Dementia. He was by then, 66 years old.   END_OF_DOCUMENT_TOKEN_TO_BE_REPLACED

Do you ever feel like health professional education and the health system are designed to take talented, intelligent, creative individuals and turn them into machines with no ability to innovate? Do you find yourself banging your head against a wall when even the smallest change for improvement requires hours of paperwork (that you probably submitted via fax), approval by numerous committees and months of waiting? Do you feel trapped in a health care silo? Do you feel ridiculous attending “multidisciplinary” meetings when the multiple disciplines are merely different specialties within your own profession?

If the answer to any of these questions is “Yes”, please keep reading. END_OF_DOCUMENT_TOKEN_TO_BE_REPLACED

This TED Talk “How Not To Be Ignorant About the World” by Dr Hans Rosling (@HansRosling – Swedish medical doctor, statistician and Professor of International Health) and his son Ola Rosling is an entertaining and eye-opening look at how our biases and intuition lead to misconceptions. (For the record, I vote like a Swede – not a chimp.)

The beautiful poem Japanese Maple by the Clive James (written while he is dying) has been all over my social media feeds this week. Here’s The Guardian‘s take on why it’s resonating with people.

Bioethicist Ezekiel Emanuel writes in the Atlantic on Why I Hope to Die at 75. And here’s a rebuttal from Alex Smith at GeriPal.

And a more positive look at residential aged care: A Nursing Home Can Be a New Beginning (Adele Horin)

The NHS (UK) has an End of Life Guidance app! (iTunes store)

The Institute of Medicine (US) released a report entitled “Dying in America: Improving Quality and Honoring Individual Preferences Near the End of Life.” There’s been a lot of discussion about it on palliative care social media and the mainstream media over the past week. Pallimed has a nice summary.